To share your memory on the wall of Thomas O'Brien, sign in using one of the following options:

The gesture that can change the world

Tom graduated with an Associate’s degree from Wentworth Institute in Boston, MA. He also graduated with a Bachelor’s degree in Aeronautical Engineering from Kent State, Ohio. He held various positions of increasing responsibility in the Computer and Logistics Division for New England Life/MetLife of Boston; eventually becoming the 2nd Vice President for IT Technology. Tom then accepted a position as Senior Vice President for IT Strategy and Platform Management at Capital Holding Company/Providian Life, from which he retired. He then acted as a private consultant until fully retiring in Winterport, Maine.

Tom enjoyed making people laugh. Nothing made him happier than spending time with his family and friends. He liked spending time in his RV visiting the ocean with his wife and dog, Eddie.
In addition to his parents, he was predeceased by his uncle, Tom McDermott; and his dogs, Big Nick and Chuckie.

To send flowers to the family or plant a tree in memory of Thomas F. O'Brien, please visit our Heartfelt Sympathies Store.

There are no events scheduled. You can still show your support by sending flowers directly to the family, or planting a memorial tree in memory of Thomas F. O'Brien.
Visit the Heartfelt Sympathies Store

We encourage you to share your most beloved memories of Thomas here, so that the family and other loved ones can always see it. You can upload cherished photographs, or share your favorite stories, and can even comment on those shared by others. 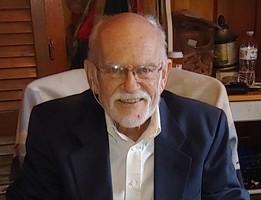